Updated! 'Continuum' at VADM in August 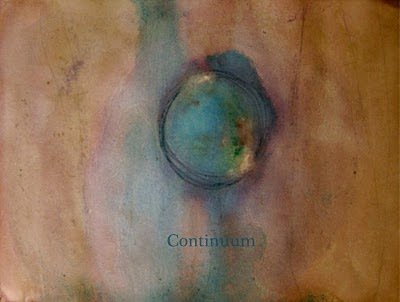 I would just like to post a reminder that my watercolor exhibition Continuum, is starting at The Virginia Discovery Museum this Tuesday, August 3rd. Please check it out if you are in the area of Charlottesville. The exhibition is located in the back, in the programming room. Exhibition dates are August 3rd through the 22nd, 2010. The VADM is located at the east end of the Downtown Mall in Charlottesville. For a view of just some of the pieces I'm showing, go here. And VADM also wrote a very fine blog post about me here.

While I was hanging the show, I did some decent, eyes-opened posing... 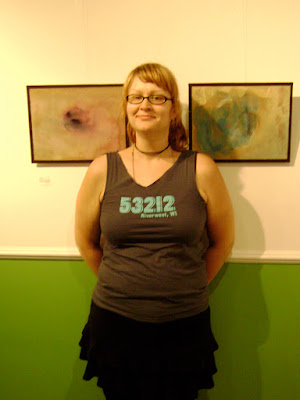 and had some excellent helper-elves along for the ride... 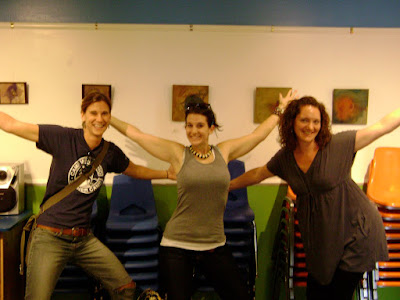 Go see this show Virginia!
Posted by shana goetsch at 9:57 AM 4 comments:

I just noticed that I got another great write-up, this time from the gallery owner that is hosting my current show in Milwaukee. Artist, educator, curator and writer Evelyn Patricia Terry had this to say about my installation on MARN:

"Shana R. Goetsch’s Passageways, an emotionally seductive installation, references a tragic event permanently etched into her psyche. Objects, carefully selected from Goetsch’s childhood, poignantly reference the haunting memory and in Goetsch’s words "allude to passageways between one form of 'life' and the next." 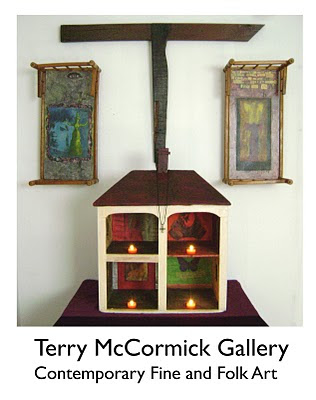 "Emotionally seductive"? Nice. What did I do to deserve the gift of this great, strong, wise woman in my life? EPT, you rule. That is all.
Posted by shana goetsch at 11:37 PM 2 comments:

...at Art and Water for All. You should go, Milwaukee, because everyone deserves clean drinking water.

I again, will not be in attendance, very unfortunately. I'm still in Bmore. BUT I'll still show you what's available for purchase from me, at the benefit! It's up for one night only, July 31st, 2010! 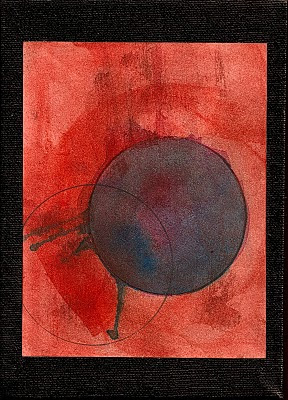 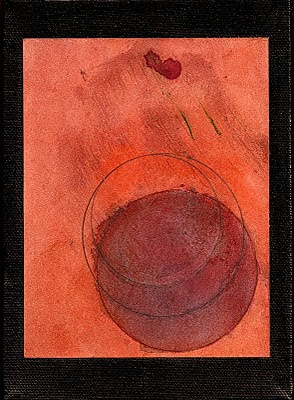 
Please buy some art, so that people can have clean water!

August 2nd, ETA: I was informed today that all of my pieces sold at the benefit. YAY!

Art and Water for All 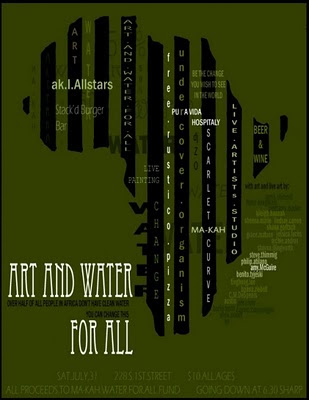 Another show happening in Milwaukee, that's coming right up. I contributed a few pieces for this benefit. If you are in the area on July 31, go see this show, it's up for one night only!

Posted by shana goetsch at 8:57 PM No comments: 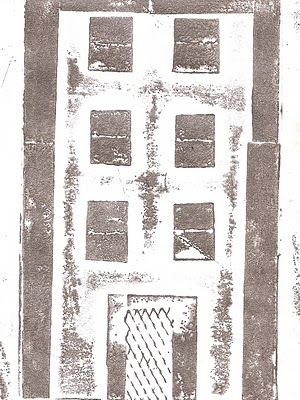 For our summer site, Jess and I have been working with the Remington Community Youth. We are lucky enough to have some supporters in our corner. Someone wrote a blog entry for us! Thanks to Eric Imhof for being so generous in posting this, and Beth Barbush for the suggestions. Beth hosts the Porch Art Night every week for the Remington community. We were invited to do a printmaking demo there, coming up next Tuesday!

Read all about it, at The Alligator right here!

Posted by shana goetsch at 8:54 PM No comments:


This feather may look worthless, but it comes from afar, and carries with it all my good intentions.
-The Joy Luck Club

Last week I posted the third piece in this continuing series, Quoth the Raven. And since then, we've had another awesome critique. This new form of critique has been the best thing for me, ever. In undergrad, getting someone to even speak one word to me about my work was like getting blood out of a turnip. This system ensures people will speak. Here is a link to an essay regarding the new crit process, Liberatory Critique, written by the head of my program. It's a very important and meaningful process for me especially, given that I am used to getting a ton of absolute, and stunning silence in my life and art....even on here. Usually I am swimming in my own head because of this fact, and so I think, "To hell with what everyone else thinks, because I'm not sure they think about anything I produce at all." And here we are again. With the aid of my visitor tracker, I know that people do come, do look, but often don't say a word or leave a comment. We'll see what happens, I guess, but it's disheartening, and it's polarizing.

The second piece from this series that I presented to my fellow MACA students is this print/watercolor regarding again, the subject of Koinonia, and one aspect of that word, 'sharing'. I decided to share some of the wealth of what I have seen in Baltimore thus far. But other than that, I have used the image of a dancer again (movement), and one of my favorite thoughts/phrases, the quote from the Joy Luck Club, written above. 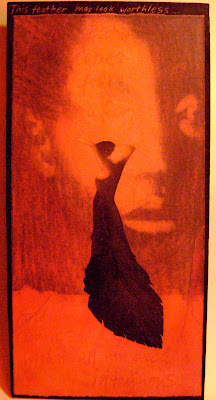 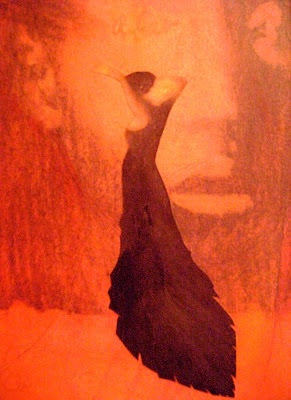 The titles are like a time stamp. "Baltimore-time". So I have again, used the Poe reference of the raven. I think of these pieces as metaphors for how I feel going into this 'Community Arts' masters program. I want to fly, and I want to help carry the weight of others. I want everything/everyone I see, and smell, and hear, and feel, to be able to SOAR to magnificent effect.

Well, thanks for stopping, now I have Artscape fun with my sites' Youth, I taught them collograph printmaking techniques, and they have BRILLIANTLY assimilated the process! Artscape is America's largest free arts festival, located in Baltimore, Maryland. YAY!
Posted by shana goetsch at 6:44 AM 10 comments:

"I cannot consent to creep, when I feel the impulse to soar."
-Helen Keller
We have had the first critique of our work, and it was very, very, different from what I am used to. For one thing, people actually responded, but I'll have more about this brand new (genius) process of critiquing later on in my bloggings.

We were asked to create pieces in response to our summer programming, our summer community site, and our experiences in Baltimore thus far. For all three of these pieces, the Greek word, koinonia (roughly, 'communion by intimate participation') was given as a key idea, at the request of our program director. It actually has many layers and facets to its meaning, and THAT is exactly what I like in a word. Needless to say, I was more than happy to start painting and printmaking again. Especially if it involved something issue-based, and it involved a cool word with multiple interpretations. Sign. Me. Up.

The first piece was to be based upon a 'call and response' theme, even more specifically. I kept my series with the birds going strong, because I think I have been focused on the same thoughts since I got accepted into the MACA program. Originally, when I found out that I was moving to Baltimore, my subject animal changed dramatically from a deer to a raven. I traded the ideas of loss and power, for that of freedom and movement. I think the raven is still appropriate.

This time I had little trouble finding a phrase with which to base my piece. I asked one of my high school interns to write out the above, Helen Keller quote for me. I wanted his mark on my piece, his handwriting rather than mine. I spent a lot of time thinking about my hopes, and dreams for the youth I was working with. I want them to feel the same freedom I felt and still feel. It's as if I can do anything in the world, that it literally opened up before my eyes. That's what I want for them, that is my call. Sky's (not) the limit! 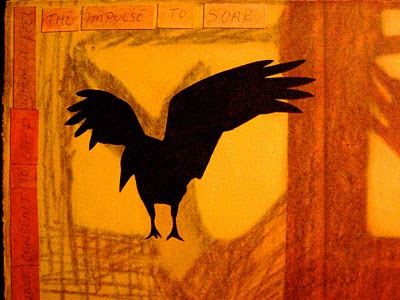 And who lived in Baltimore? Edgar Allen Poe did. I so love him.

Last night, I had my opening in Harrisonburg, Virginia at the Blue Nile. I missed it. Why? The DC traffic was so bad on the way there that I hadn't even gotten to the Virginia state line in 3 hours of driving (When I finally turned around, it took me about 45 minutes to get back to Baltimore). What a tragedy of traffic patterns.

In that vein, I would like to announce the next exhibition I will unfortunately miss, in Milwaukee...
The Terry McCormick Gallery of Contemporary Fine and Folk Art will be having a new exhibition starting on July 24, Gallery Day, from 12:00 pm to 5:00 pm. And look, my installation is on the cover of the postcard! If you are in Milwaukee, stop in! Evelyn Patricia Terry will take very good care of you, she's a fabulous artist and gallery owner/hostess. 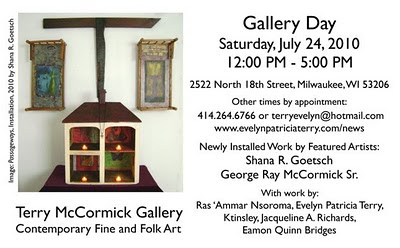 Also, you can check out the article written about me/this show in the July edition of the Riverwest Currents here: http://artinshanaty.blogspot.com/2010/06/yay.html