Printmaking can be a long process. With the collograph pieces I am making, all going towards my visual thesis work, I will end up making over 4,000 prints, hand printed. This will be completed by May, or in some cases before that. I have started the process by making over 50 individual plates. I plan to make at least 75. In addition, I am making four large scale plates. These will be printed as well. What I am after in most cases, are the inked and printed plates. The process of pulling the print corrodes the plate a bit, and that is the ultimate effect I want. In order to complete this effect, I have to make the plate, seal the plate, ink the plate, print the plate, and then use the inked plate in some way beyond its normal use of just a 'printmaking plate'.

All of this ties into Domestic Violence statistics and one part of my visual thesis will be up in a few weeks! Because I don't have an ideal venue to show all of my work, I have broken up my thesis into several smaller suites of images. Each will be showcased at a different smaller community venue throughout Baltimore...one suite to be displayed at 901 Arts in early February.

Anyway, I am still making the plates, but should be printing by this weekend. Here is the pile of plates so far... 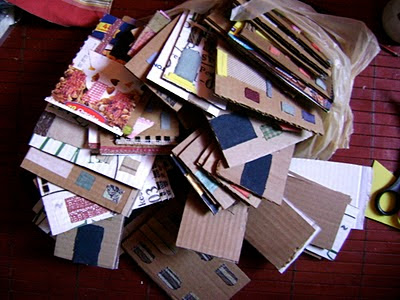 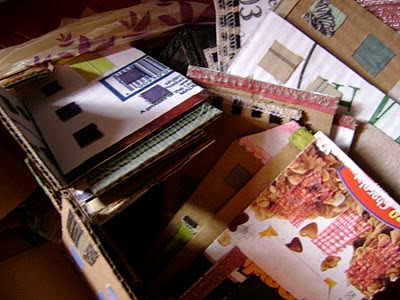 More work to be done...more updates to come.
Posted by shana goetsch at 11:40 AM 1 comment:

I am always listening to music while I create, sometimes one song sticks with me more that the others at a given time. This summer, as I was finishing my Quoth the Raven series and had just moved to Baltimore, I had an anthem of sorts, a Saul Williams song, DNA...

Now I'm still 'feeling' Saul Williams, but I am also reaching back into a history a bit for this one. What I am most 'feeling' right now is Sea Lion by Sage Francis (featuring Saul Williams)...

When I was starting my undergrad thesis work about DV this was one of my many musical influences. I especially love the idea of "a healthy distrust" and the words "the force of my love was strong". That simple phrase still whoops my butt in creating a well of ideas for my artmaking. It's really such a full and loaded phrase in so many ways. Thanks guys. Where would I be without music?!?

I have been hooking a few things up for myself and House Of Ruth Maryland. Lately I've had to think differently about my job and what it entails. First and foremost, I am an advocate of the Residents staying there. I am their biggest fan and protector, so I sometimes have to go where they can't for purposes of anonymity. But sometimes their artwork can be displayed even if they cannot!

On that note, the Youth's artwork will soon be on display at the Same Boat Poetry Slam for MLK Day, coming right up! This event was created by fellow MACAn, Anne Kotleba. We may have one poetess from HORM interested in laying her poetry on East Baltimore....still checking on that, but the kids artwork will definitely be there. Here is the statement for that art:

Young residents from the House Of Ruth Maryland have frequently addressed the topic of violence in their Kid's Therapy sessions. Artwork that speaks to the effects of violence were created using the metaphor of "bad weather" as a guide to their process. The action plan, geared towards 6-9 year old Youth, was part of a larger curriculum based on inherent issues regarding all types of violence. Included in these therapy and art sessions were ideas such as "touching violence", "talking violence", and how to protect oneself from possible future violence in the form of uniquely decorated, Shields of Protection. Each child-sized shield was completed with the image of a cell phone on the back. A personalized safety plan was then created by each Youth. This plan comes in the form of trusted people that they can communicate with when faced with a violent confrontation. It is extremely important for anyone living in a domestic violence situation to have a safety plan, which often includes the help of someone they can trust.

The House Of Ruth Maryland is one of the nation's leading domestic violence centers, helping thousands of battered women and their children find the safety and security that so many of us take for granted.  www.hruth.org


In keeping with the "outside the shelter" idea, I will be the Guest Artist, and facilitating a few workshops at Better Waverly's 901 Arts in Baltimore. I will be doing two sessions with the youth there, January 19th and 26th on basic collograph printmaking techniques. Collographs have served me well, my friends! There is also a display in the front of the building where my work, along with the 901 Arts Youth's collograph prints, will be shown for about a month after. A part of my thesis work about DV will be shown there.

Other than that, I have an hour art facilitation session outside of Baltimore with some Girl Scouts via House Of Ruth Maryland's Teen Initiative coming up later this month too. But more on all of that later...

ETA: Anne and I skyped the poetry slam to House Of Ruth Maryland during our Haiku workshop...she just didn't have video of us on her end. There are ways around the residents' anonymity, I just have to be increasingly creative about things. It all worked out well.
Posted by shana goetsch at 2:10 PM 4 comments:

Photos From the Recent Past 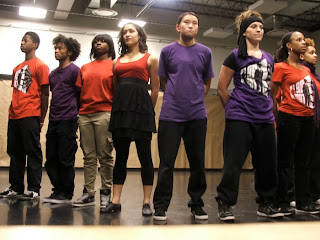 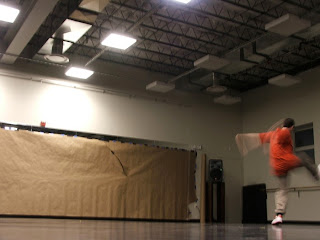 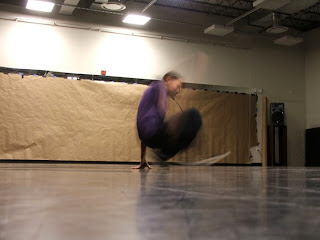 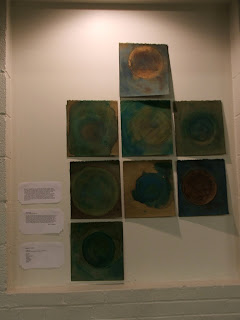 A close-up of each of my pieces is this early post: http://artinshanaty.blogspot.com/2010/11/lucky-thirteen.html

(also: Hello and thanks to my new blog followers! Nice to see you!)
Posted by shana goetsch at 6:31 PM 2 comments: