A Beautiful Day In My Neighborhood

I would say at least 80% of the housing in Baltimore is a row house of some kind. It's just about all I see. So I slightly changed my plans, and I decided to make this piece solely based around the inked and printed/used row house plates. I was going to incorporate them into another raven piece, but this looks way cooler than what I had originally intended. What I ended up with is this low relief sculptural (and painted) piece. The red sky curls around the edges to create a nice effect when walking up on it from an angle. I enjoy my newly created neighborhood, and I'd like to do something similar again.

Pretty Maids, All In a Row 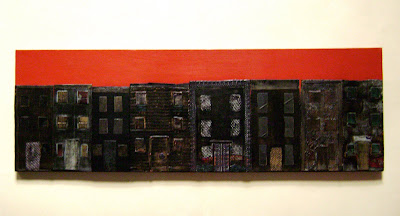 A Bit of Urban Decay

These pieces are some of the prints that I hand painted yesterday. I liked the prints, but I wanted the buildings themselves to be a bit more broken down and desolate. So I purposely blurred the original prints and then juxtaposed them with very brilliant backgrounds. Lately I have been playing with the idea of backgrounds overwhelming the subjects; my raven pieces have seen a bit of this action. As you can see, these flat planes of color in the backgrounds are mega intense, and hopefully taking over the subject matter, or at least vying for attention. I wanted these backgrounds to be deeper than the light of a sunset, deeper than any other natural light source could possibly be. I wanted the light to be supremely artificial and just plain wrong. I was reminded of Gestalt again about a month ago...perceptions...and how you can screw those up for a viewer intentionally. I have done a lot of that in the past and I have to say, I am pleased with how these are going thus far... 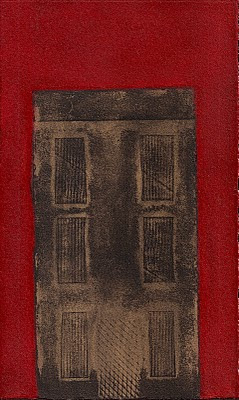 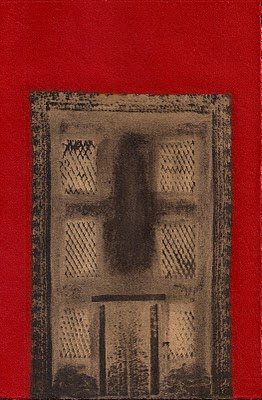 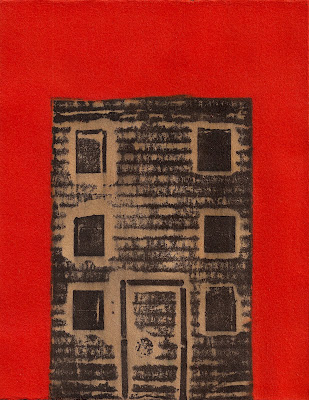 All in a Row

I just can't get enough of the row house image, so I made some more collograph plates for printing today. I've finished six plates using this imagery so far, and I may not be done. 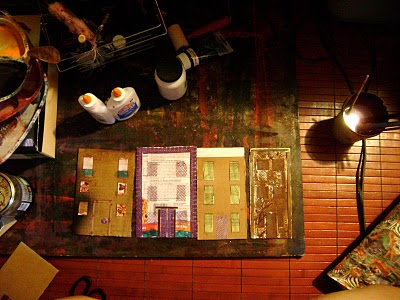 I just printed these, so the plates themselves look even cooler now. Honestly, I always enjoy my plates a bit more than my prints. 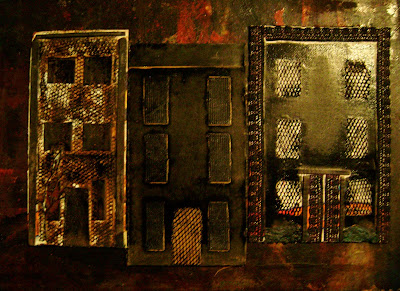 So I'll go back in and hand paint the actual prints I just pulled, but they were more of a necessity rather than the actual product that I wanted...I am planning on using the inked plates this week for something extra special.
Posted by shana goetsch at 8:19 PM 3 comments:

Email ThisBlogThis!Share to TwitterShare to FacebookShare to Pinterest
Labels: printmaking/paintings 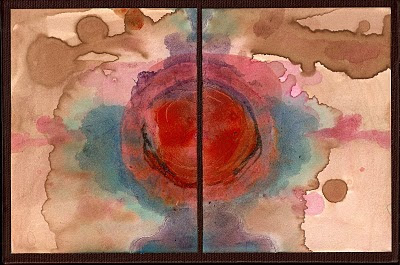 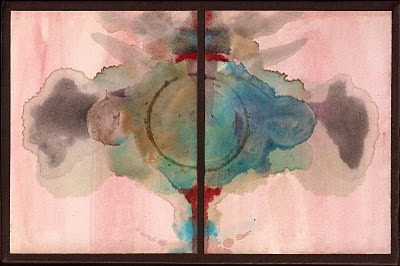 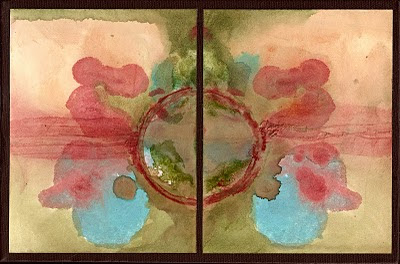 Beyond Rorschach - Test #14
11-16 total in this series so far, I don't quite enjoy #15, #16 has been sold, and #13 is being exhibited in Milwaukee in the near future. I have not decided whether or not I want to bring these three into the curator for the upcoming show. We'll see how the spirit moves me. I usually don't try to exhibit the circles much, because the figurative work is always harder to show. So yeah, I work on that a lot more, and they take more effort for me to create. Circles are for down time and the absolute pleasure of painting. BUT I am working on another bird piece as I write...busybusybusy.

I have about a hundred new photos to upload on flickr, and I haven't quite found the time for all of that nonsense so I'll give you a taste of my favorites. More of my odyssey in Baltimore and Virginia starts now!
I like to call this "Dirty Little Still Life with Plastic Flowers" 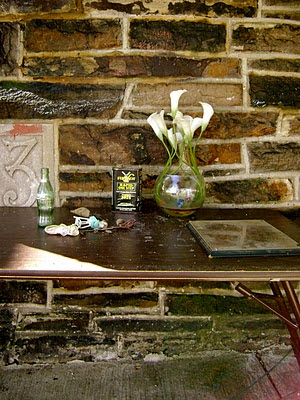 in and around the Remington neighborhood... 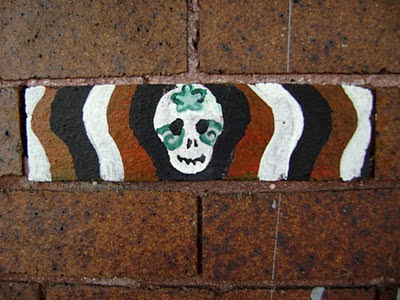 a very cool thing I always pass while walking on Mount Royal Avenue... 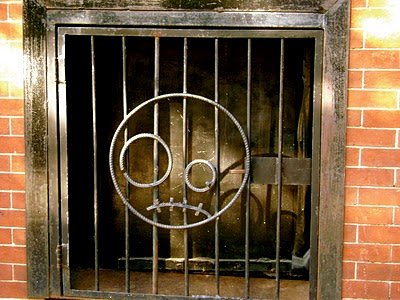 the door that helper elves use... 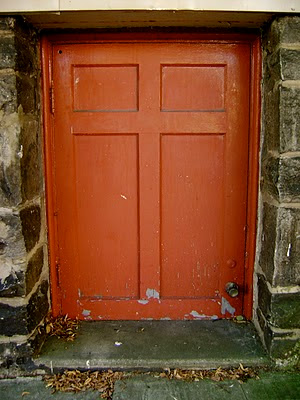 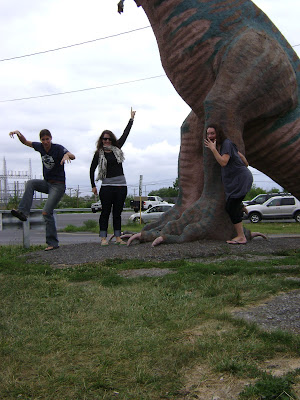 which is in Northern Virginia, and has the best retro postcards evah. 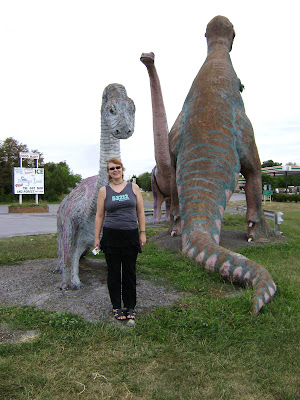 That's all for now, thanks for stoppin!
Posted by shana goetsch at 3:18 PM 3 comments:

I scraped up my back pretty good just now, getting shots of these new pieces outside on my wooden porch. Ouch. Know what else hurts? Emotional Vampires. Ouch... 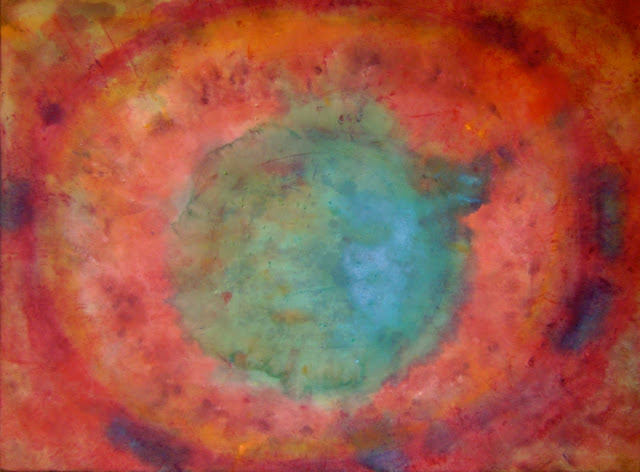 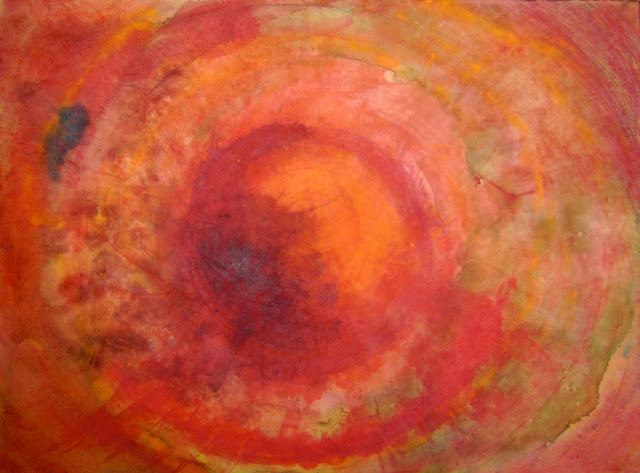 Soul In Tension
These pieces are some of my biggest circles yet, at 23" x 30". I'm still getting ready for the upcoming exhibition that the six of us in MACA will be having in September...so there may be another raven piece on the horizon as well. We are supposed to bring in everything we made this summer to the curator. This is all very exciting because it will be in the Brown Center (gorgeous!) and *drumroll* it will be my tenth art exhibition this year. Zoinks!

...show you these pieces? I don't think I have. They are being mailed soon for the RAA Annual Members' Show in October. I figured I'd mail them now, while I have the time. Anyway, these are the two pieces I picked, one figurative, one circular. 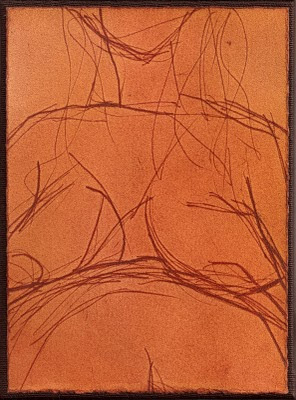 Her Curves and Angles

The second piece is part of a series that, well...look like the Rorschach inkblots. I started the series at #11 because Rorschach curiously stopped his tests at #10. Probably because it's hack psychology and he couldn't think any further about his own lame idea. Well, where one lame idea ends...I pick it back up. However, I will not be diagnosing anyone with these so I'm way less lame, thank you. 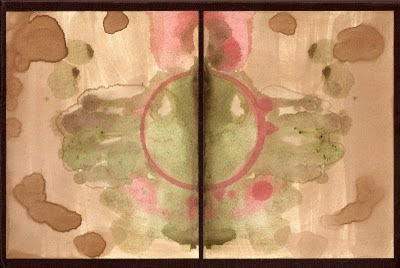 On the Map and Other Randomness

Check it, and type in my last name: http://www.msac.org/registry_search.cfm?id2=234&id1=161&level=1  I'm now on the Maryland State Arts Council Visual Artists Registry. YAY! I have also received confirmation of my Americorps placement this year at House of Ruth Maryland. This was my top choice, given my background. House of Ruth Maryland is a comprehensive (my word) domestic violence shelter in the area, and I will be their new Artist in Residence. Serendipitous!

Now for the photo show. A few other odd/fun things I've found in Baltimore: 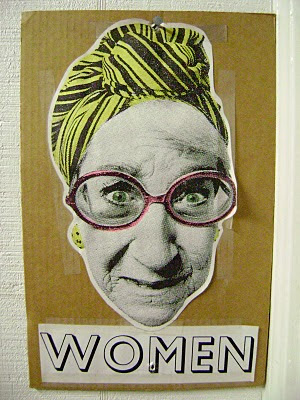 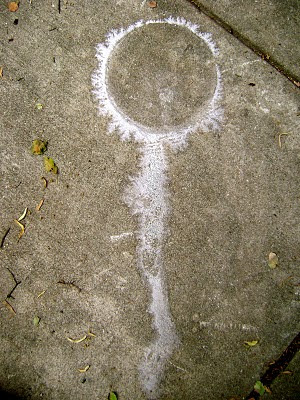 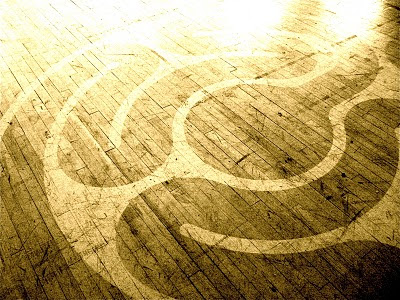 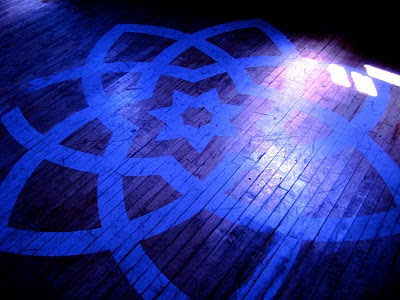 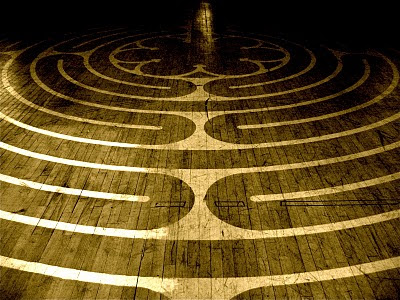 You are Me
I am You
But also I am She

"Relationship" was the aspect of Koinonia that we explored for the last piece made during MICA's Summer Institute. I decided to focus on a quote from a song that I played everyday on repeat. Sometimes I just have to be that annoying in order to feel the tone of the music behind the words. Anyway, I used a lot of threes in the finished piece, as the quote (from Saul Williams) has three portions. And I changed the 'he' to 'she' and I thought a lot about Ashley, the shy girl at my site. She barely looks up if someone is talking to her. I don't know if it is shame or severe self-confidence issues or what other issues she might have had that I didn't even know about...but she IS a good artist, and it broke my heart to see her looking down all of the time.

So for this piece, I related myself to her. If my mother weren't as insistent as she was, and if she hadn't had me on-the-go constantly, I might have been Ashely at some point in my life. Hard to believe, but true. I was shy, and I did have shame. It was difficult for me to figure out what being a woman meant without her...I was so lost. I think I still struggle with it, I struggle with my place in society. Ashley luckily, has a very supportive mother still with her, and sometimes I think that might make all the difference in the world.

This piece started out with the wings flat, jutting out the sides. My critique was intense this time around...an hour and a half long 'intense', but it was great to see everyone respond very strongly to the symbolism. I'm pleased that I am finally making headway with my messages. I realized awhile ago that I can't force my personal, specific meaning onto others. I am trying to generally guide, however, but that has to be subtle. What I'm doing now seems to definitely be working.

Critiques are so important for artists. I know at least for me, that if no one said anything I would be in my own head, not making sense to myself, or anyone else. Let me repeat, critiques are so important for artists. After my very long crit., I found that the wings, the way I had originally placed them, were serving no purpose other than to inform the gesture of the woman's arms. Many thought they would understand the bird reference and the idea of flight even without the literal wings. But I still enjoyed the gesture of the wings, themselves. I felt they looked almost like human hands.

A few days after I got the piece home, and a few ruminations later, I decided to bend the wings in, a very protective gesture. I know that I mother-henned those kids at the end, and possibly mother-beared them as well, defending against attacks and the like. What a good experience for me, being childless. But I felt very protective of them, and I think especially of Ashley. She stayed up late the night before our last class in order to complete the last art project. That's dedication, for a 13 year old on summer vacation!

So, here we go, here is the piece. This one has a slightly different title, but still plays off of the Baltimore/Poe reference... 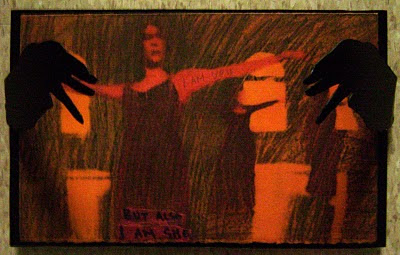 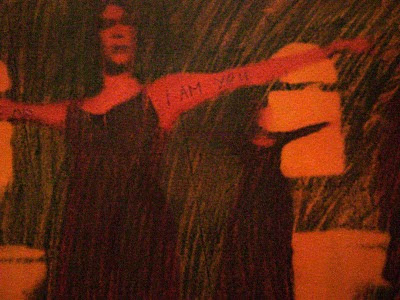 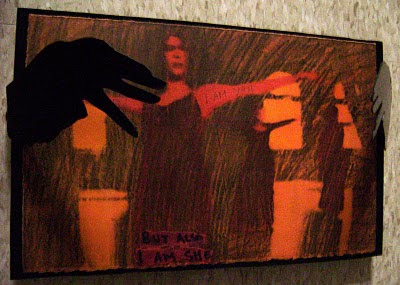 And the video/music I was listening to: