Last night was the opening reception for Putting the Pieces Together at Baltimore Clayworks! Quite a few people I knew came through, and I knew several of the artists, as well. It was very, very hot in the room where my work was located (just from sheer number of bodies). You can actually see that I'm fairly sweaty, in the second photograph of me with exhibiting artist, Tamara Payne. 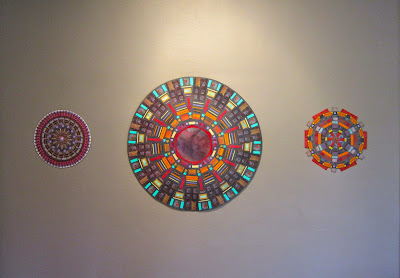 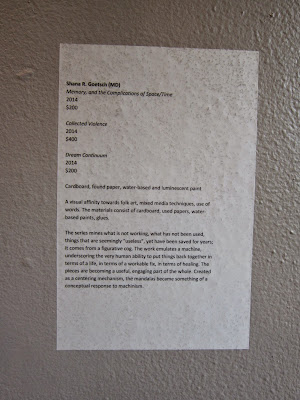 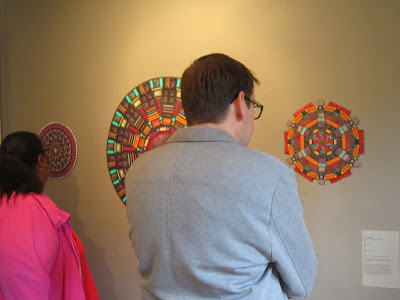 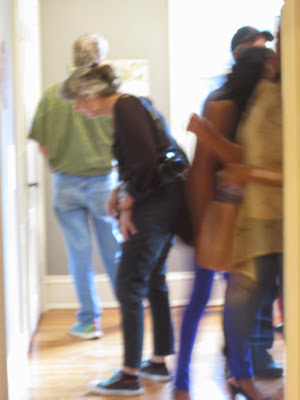 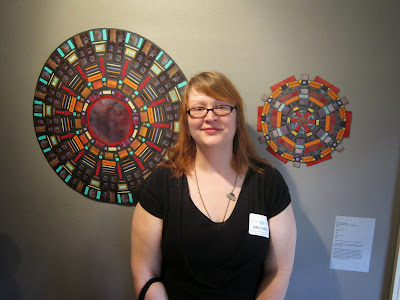 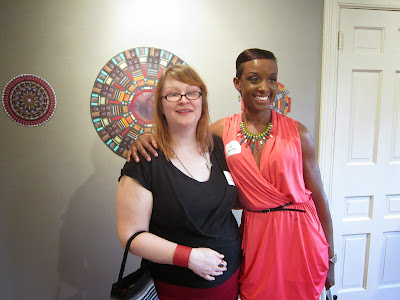 In the meantime, I created this piece, in the same vein as what's currently showing at Clayworks... 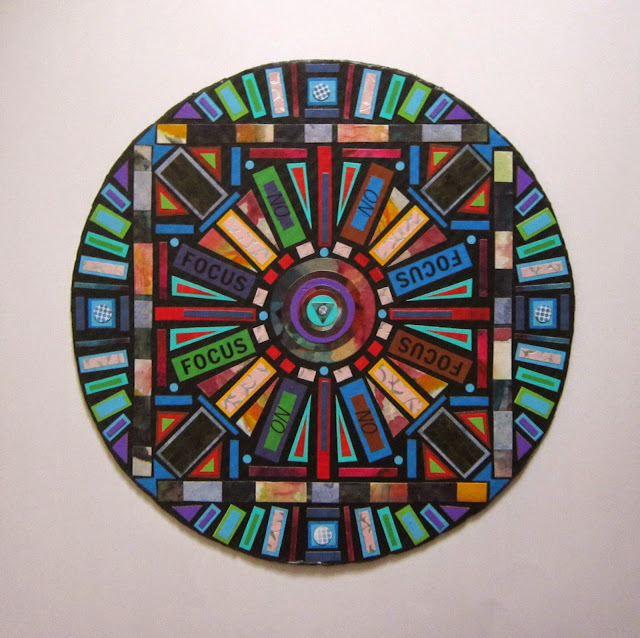 Posted by shana goetsch at 1:12 PM No comments:

A portion of a conversation on the recent riots...my impressions, recorded for remembering purposes.

It was pretty close for me on Monday, but other than that it was okay...the feeling of sadness and oppression and anger was pretty bad all week, like you were eating it and it was angrily living in your pores. I think sometimes I'm an empath...I can't really do crowds either, pretty sensitive to 'a room' as well.


I did not like the chorus of helicopters one bit. I am used to them here, every weekend, but four at a time directly over you, circling for hours, day after day, really feels like you are under siege. You could block it out, or so you thought, but when it stopped for an hour or so during the day it was like the best, most blissful moment ever created, and you were so thankful. I asked my neighbor how she felt and she said 'brain fog'. It's true. I caught myself slumped on the couch staring into nothingness a few times. I could not think or DO anything at all, other than Baltimore. I got nothing done, and for me that's really abnormal. It was a week of fight or flight for me, personally, with the PTSD. That's all wonky as it is for me, so it didn't help. I wasn't fearful of rioting or the people here or anything though. Just the martial law and the depth of the pain.

Last Monday though, was the worst. I was in class for five hours..about 12ish to 5:30-ish in Columbia, and teaching, so I wasn't on the internet at all. No idea. I am SO LUCKY I listen to the radio and not CD's, as a rule. So I did not know anything until I got in my car at 5:45ish in Columbia. And even then, it took me all the way down 29 and almost to 70 to piece it together from the DJ's and the people calling in (92Q hip hop and r&b station) because they were not being explicit at first, so I was having to 'read between the lines' a lot. And then everything dawned on me, but I was really thinking to get there, and then they started describing the overhead shots of Penn/North LIVE, and I was about a half hour away at that point and the intersection was not shut down yet... and I go straight through Penn/North to get home. Penn/North is close enough, that it tells my body I'm home.

I called Allison who lives off of 83 here, and asked her if it was open and the exit was open at North. I went around on 695 north to 83 south and aggressively wove in and out of traffic because that route took forever and I didn't want them to shut down 83 on me in the meantime. I wanted to be locked in rather than locked out, if it were to happen. So yeah, I was beating the clock. It was all so surreal.


...We had our TFAP event, Walpurgisnacht, 'Feminist May Day' on Friday and that was pretty decent. We had some food, and some artmaking, and some rituals to cleanse, and some sage and stuff. We also had two light dancers. Anyway, it was pretty nice to just talk to other people for a moment.

Then on Saturday was Kelly's Labyrinth Walk for Peace. I think it could have been mega hokey if it were not for the snare drum 'heartbeat' that was happening while we ALL walked. That was super cool.


"The goal of life is to make your heartbeat match the beat of the universe."
-Joseph Campbell 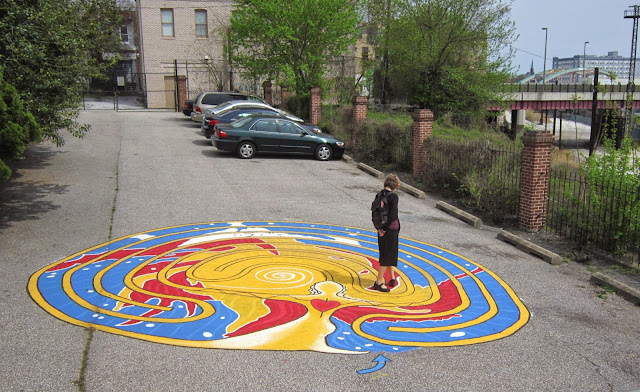 Black Lives Matter. This is the Beat of the Universe, echoing for us.

Posted by shana goetsch at 8:22 AM No comments:

I'll be dropping off my pieces for the exhibition, Putting the Pieces Together, tomorrow at Baltimore Clayworks. Sneak Peek... 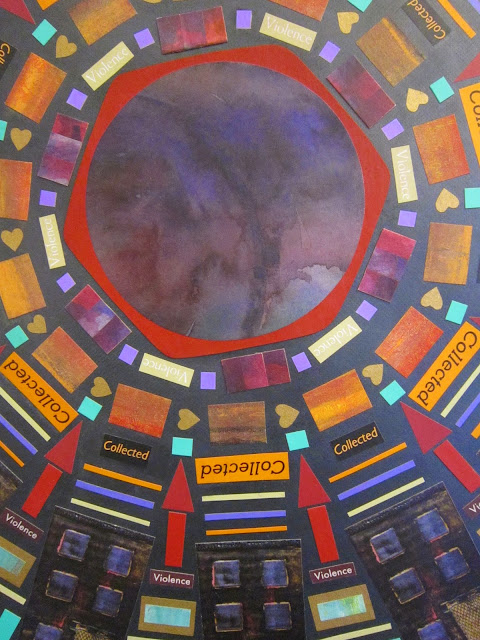 
Don't miss Putting the Pieces Together: An Exhibition to Address What is Broken, curated by Sarah McCann...coming up!

Hope to see you.

Posted by shana goetsch at 2:48 PM No comments: